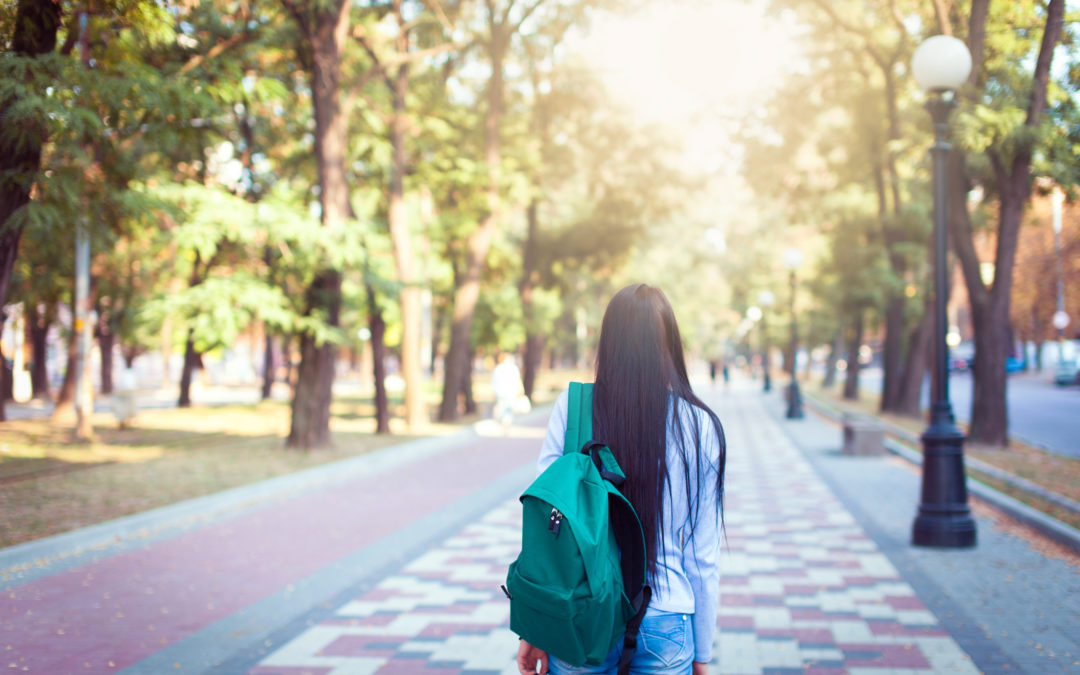 Earlier this year, I joined a diverse group of about 20 other professionals from education, media, business, law, and healthcare, who came together for a single purpose: our shared concerns about the increasingly troubled descriptions that currently characterize  “young adult well-being.”

Specifically, too many of today’s college students are entering their undergraduate years already feeling spent – exhausted, anxious, and depressed.

While each participant had a slightly different perspective on the status of “young adult well-being,” each of us acknowledged that too many college students are suffering in significant social, emotional, and behavioral ways. That reality often has alarming origins in these students’ earlier life and school experiences and disturbing implications for their increasingly precarious post-college futures. I should note that while our discussions addressed the problems of those whose afflictions have had serious consequences (e.g., attempted suicide), we focused primarily on the larger group of students: those whose overall well-being seems so tenuous.

“I feel like I’m doing something wrong if I’m not doing anything.”

While I’ve had direct clinical experience with the mental health challenges faced by adolescents and young adults, several recent articles have given me some new perspectives on the situation. In a recent Washington Post story, “Why are young adults the loneliest generation America?,” Rachel Simmons interviewed college students across the country and reported that many students “fear that if they are not constantly busy studying or attending meetings, something must be wrong with them, with the schedule or with their work ethic.”

Simmons found that many college students are accustomed to being highly scheduled and always busy, often to their detriment: “These new norms of stress culture translate to fewer opportunities to let [the students’] conversations and minds wander.” One of her students admitted, “I can’t have downtime … I feel like I’m doing something wrong if I’m not doing anything.”

These comments are similar to those I detail in At What Cost? Defending Adolescent Development in Fiercely Competitive Schools. According to Simmons, “To be overwhelmed and constantly busy are the new baselines, and anything less, for many young adults, feels lazy.” Perhaps most poignantly, as Simmons notes, “Constant busyness takes a toll not only on the [students’] quality of relationships, but also on the skills young adults use [or don’t know how to use] to forge them.” Simmons appropriately asserts, “Skills are like muscles: they need to be flexed repeatedly. Friend-making skills atrophy [or never develop] from underuse.”

Teaching College Students How to Live “the Good Life”

Then, like a breath of “young adult well-being” fresh air, in another recent article, Less cramming. More Frisbee. At Yale, students learn how to live the good life, Susan Svrluga highlighted a wildly popular course at Yale University. In an action intended to be a provocation of sorts, the 1,200 students taking Professor Laurie Santos’s class, “Psychology and the Good Life” (the largest class ever offered at Yale in its 317-year history) were given the unexpected gift of a canceled class … with one caveat: “they couldn’t use the hour and a quarter of unexpected free time to study – they had to just enjoy it.” For the next 75 minutes, the students – roughly 25% of the entire undergraduate student body – played frisbee, made music, took naps, ate lunch, went to a museum, and/or generally relaxed.

Obviously, an unexpected canceled class can’t even come close to being considered a remedy for what Professor Santos had observed: “Many students were stressed out and unhappy, grinding through long days that seemed far more crushing and joyless then [my] own college years.”

As Svrluga described, Professor Santos’s perception has been backed up by statistics, including a national survey that found “nearly half of college students reported overwhelming anxiety and feeling hopeless.” As Santos is quoted in this informative article, “Students feel they’re in this crazy rat race, they’re working so hard they can’t take a single hour off – that’s awful.”

Impressively, Professor Santos shared a pared-down version of her Yale course on the online education site, Coursera, and within two months of its launch, more than 91,000 people from 168 countries were taking the course.

To be sure, this “crazy rat race” to which Professor Santos refers starts years before students ever even apply to college. Ironically, former Yale Professor William Deresiewicz, in his recent book, Excellent Sheep: The Miseducation of the American Elite and the Way to a Meaningful Life, chronicles how this “crazy rat race” evolved and became so prominent over the past 150 years.

For a variety of combined social and economic reasons, the typical college admissions process of the mid-to-late 1800s gradually shifted from an old “aristocracy model” – characterized by maintaining wealthy connections and perpetuating social capital – to the not-so-new “meritocracy model” of the late 1900s and early 2000s – characterized primarily by students needing to earn consistently high academic grades and exceptional standardized test scores.

The long-term effects of this now-excessive meritocracy model are that children, from as young as in their preschool and kindergarten years, are unwittingly enlisted in – and programmed for – this “crazy rat race” through their elementary, middle and high school years … not just to be “in it” but to “win it.”

Essentially, the pressures imposed on young children and adolescents to compete with each other interfere with, if not usurp, their otherwise natural tendencies to connect with each other.

It is these “competition vs. connection” conditions that frequently set students up, over time, for feelings of social isolation and “disconnection” from their peers, and then to feelings of anxiety and depression and to various harmful acting-out behaviors, including suicide, as “more teenagers and young adults die from suicide than from all medical illnesses combined.”

When my colleagues — the diverse group of educational, media, business, law, and healthcare professionals — and I convene again in the coming months, we will certainly have much to deliberate. The fact that “nearly half of college students report overwhelming anxiety and feelings of hopelessness;” and that many feel so entrenched in this “crazy rat race … working so hard they can’t take a single hour off” is both alarming and absurd.

Ultimately addressing the disheartening status of young adult well-being will necessarily involve making major systemic and adaptive changes – involving parents and educators associated with schools at all levels, including colleges.

As Professor Santos at Yale has demonstrated, sometimes improving young adult well-being can be as simple as canceling class and requiring that students to do anything but study…and relax. In next month’s blog, I’ll explore the neurological underpinnings of the phenomena that these two articles bring to light.