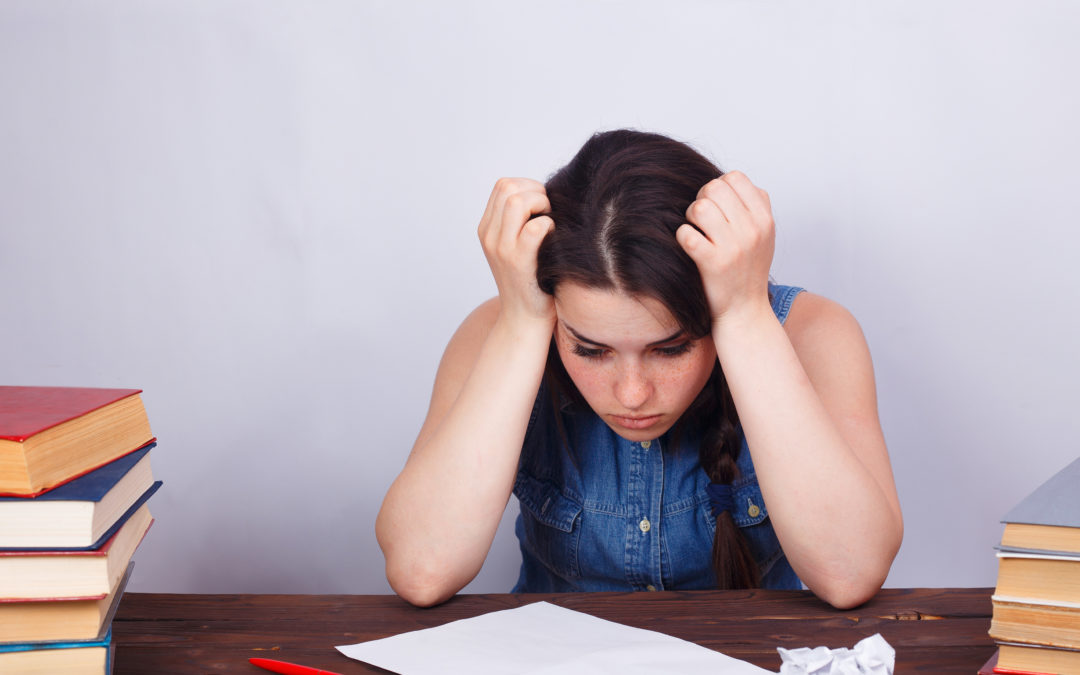 Psychological Overuse Injuries: Expecting Adolescents to Think and Act Like Adults Before Their Brains Have Developed the Skills

This is the first of two posts devoted to executive skills in adolescents. In this first post, I focus on the role of executive functions and associated brain development – particularly as these functions/skills pertain to early adolescents enrolled in highly competitive schools – and the dangerous assumptions many educators and parents make about adolescents’ actual executive capacities in these ultra-competitive environments.

In my TEDx Talk, “Are We Overwhelming Our Students??”, I detailed ways in which high school students are over-scheduled, over-pressured, and over-worked. One of the pressures I highlighted was what I consider a “psychological overuse injury” that adults unintentionally inflict on adolescents. Or, as a senior administrator at a prominent independent school articulated this unrealistic and all-too-common expectation, “We expect our students to think like adults and to act like adults before they have actually developed those skill sets.”

In this blog post, I want to explore what ‘adultness’ we are asking of adolescents.

In my experience as an educator and psychologist, the most common adult-like functioning that we’re asking of most adolescents is based on the faulty assumption that their executive function capacities have fully developed. Brain science tells us otherwise.

In my book, At What Cost? Defending Adolescent Development in Fiercely Competitive Schools, I detail five recent neurobiological discoveries that provide clear and indisputable information about normal developmental variation in children’s and adolescents’ brains.

One of the most important discoveries for educators and parents to understand and respect is that the human cortex develops from back to front, meaning that skills and abilities found in the frontal cortex – like executive function – develop later in life.

This discovery was first observed in a series of postmortem analyses carried out by pediatric neurologist, Dr. Peter Huttenlocher at the University of Chicago Pritzker School of Medicine the 1970s and 1980s. From his research, Dr. Huttenlocher “demonstrated that the frontal cortex is the latest brain region to develop in the human brain. [He] collected numerous postmortem brains from children, adolescents and adults, and found that the frontal cortex was remarkably different in the brains of pre-pubescent children and post-pubescent adolescents.”

Subsequently, psychiatrist Dr. Jay Giedd of the National Institute of Mental Health, using time lapsed photography of MRI scans of the brains of 52 developing children, produced a short video that showed the “ebb and flow of gray matter from ages five to twenty years.”

Giedd’s subsequent research established definitively that the prefrontal cortex — the region of the brain most involved with the development of executive skills — doesn’t fully develop until the late 20s or early 30s.

Isn’t it ironic that those executive skills we think all early adolescent students need first to be successful in school are the very ones that develop last?! We might – and should – ask ourselves: why aren’t all secondary schools teaching and/or coaching these essential skills to all their students?

Unrealistic Expectations and Pressures Can Have Dangerous Impact on Teens

You may be asking, “Why is teaching executive functions to early adolescents so important?” The answer lies in the neurobiological reality that when adolescents are expected to function as if they had developed these skills, then these students are being set up for failure. As a result, many of these teenagers experience crippling anxiety and depression, which often manifest in dangerous emotional conditions: substance abuse, eating disorders, sleep deprivation, cutting and other forms of self-injury, and too often, suicide.

As my friend and colleague, Professor Robert Kegan, has described, since adolescents develop physically in ways that resemble grown adults, and since adolescents also begin to speak and move with the sophistication we associate more with adults than with children, it is all too common for adults to be misled by adolescents’ adult-like appearance and composure, and to then treat those adolescents as if they were adults.

However, Kegan warns in The Evolving Self, “If adults mistake [adolescents’] physiology and/or [their] verbal ability for [their] psychological age, and then expect those adolescents to function as if they’re actually young adults, then it’s the adults who create a situation which is dangerous for both themselves and for the developmentally delayed teenager.” As Kegan asserts, “The cost to a person of being unseen, of being seen as the person-one-might-become rather than the person-one-is, is a bewildering experience of being unfairly demanded of.”

Competitive Schools Can Be Environments for Psychological Overuse Injuries

Increasingly, in highly competitive schools, too many students are “being unseen” for who they actually are, and instead, are being seen as “persons-they-might-become.” Indeed, adolescents being “expected to think [and] act like adults before they have actually developed those skill sets” creates that “bewildering experience of being unfairly demanded of.” This is when students feel helpless, become anxious and depressed, and too frequently, suffer serious mental health crises.

To reinforce this psychological “set up” from a physical and medical perspective, consider the frequency with which highly competitive young athletes experience injuries to their bones’ growth plates because of too much training and not enough rest. The American Academy of Pediatrics has found that up to half of injuries seen in pediatric sports medicine are related to overuse.

Pediatric orthopedic surgeon Dr. Elizabeth Szalay explains“As adults, we can work ourselves to a higher level of performance – add miles or add pounds lifted. But in children, there is a finite point, which can’t be exceeded without damaging the growth plate, and there’s no way to get around that… Kids’ growing bones simply can’t endure the stress that adult bones can. This is when it becomes important for parents to keep their perspective”

Let’s Talk About the Impact of Psychological Overuse Injuries

What does this understanding of physical overuse injuries mean for how we think about adolescent mental and emotional health?

From this perspective of developmental empathy, it is simply irresponsible – if not negligent – for educators and parents to do anything else but to commit to educating and parenting children and adolescents accordingly.

In my next post, I’ll explore these themes further and share insights from my recent interview with Michael Delman, Founder, and CEO of Beyond BookSmart, a company that teaches and provides coaching in executive function skills to children, adolescents, and even to young-adult college students.