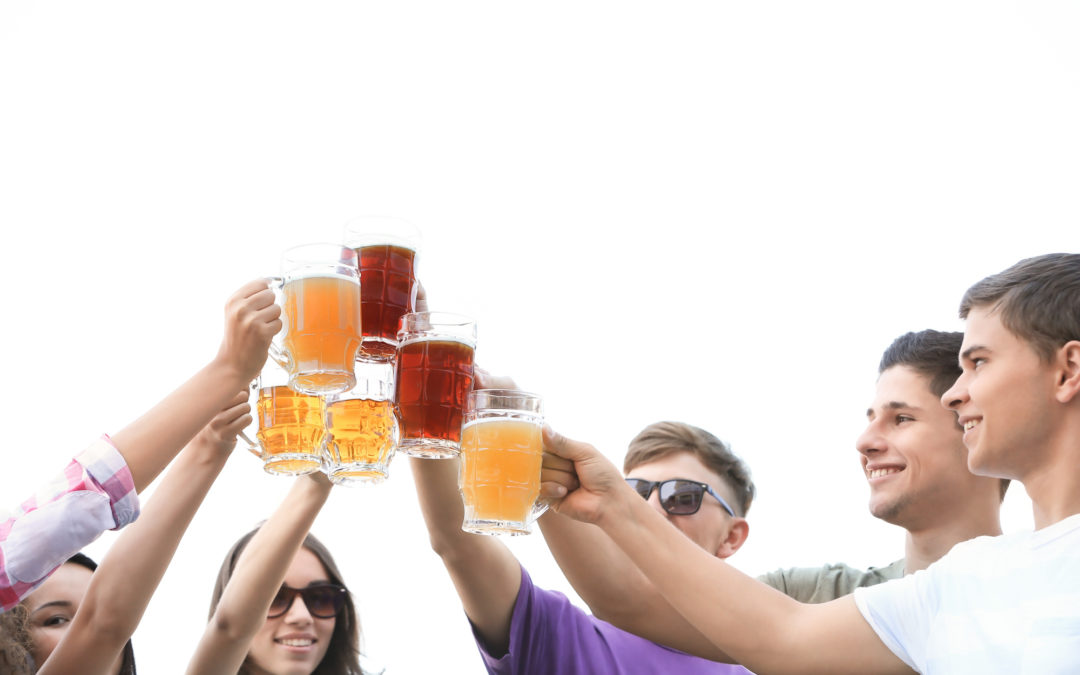 Examining Adult Roles in Creating a Toxic Culture for Our Kids

“We are responsible for the cultures we create.” I first heard this phrase as a young psychologist working at St. Paul’s School in New Hampshire, when Dr. Dan Garvey, then Vice President of the American Youth Foundation, spoke to a group of newly-appointed boarding school proctors (student resident assistants) in a leadership training workshop we were leading.

Dan’s message to those high school juniors reflected just one of his efforts to recruit this group rising student dorm leaders to a positive, supportive, and affirming leadership style, one that we hoped they would practice with the younger students in their dormitories the following year. I have never forgotten that statement, and it has been one of my own guiding principles throughout my career.

A few weeks ago, the entire country watched the excruciating testimony of Dr. Christine Blasey Ford as she made formal allegations of sexual assault against Supreme Court nominee, Mr. Brett Kavanaugh, an event that quickly devolved into a “she said – he said” dispute.

What was particularly striking to me was that this excruciating testimony and counter-testimony was exclusively about two middle-aged adults recalling their high school years. As the testimony detailed, these sexual assault events and associated drinking episodes are alleged to have occurred when Christine Blasey was 15 and Brett Kavanaugh was 17.  Further accusations surrounded early college years for Brett Kavanaugh.

The point I’m making here, regardless of whether there is definitive proof of any accusation, is that a national drama has unfolded in 2018 about a group of teenagers from 1982.    So how does “We are responsible for the cultures we create” apply to this situation?

Regrettably, it seems that we adults – regardless of our politics – have created a culture that has both enabled boys and men to assault women while simultaneously coercing, if not threatening, girls and women to keep silent.

This culture is most evident today in the “Me Too” movement and the cases against public figures such as Bill Cosby and Harvey Weinstein. What might be the implications of such a culture when a subset of those individuals living within it are teenagers? Basically, this so-called “culture” is the only one in which teenagers have been living and navigating for many years.

Adults Have Created Toxic Culture for Teenagers to Navigate

Furthermore, it is a culture that was not designed or “created” for teenagers, but rather, it has been schemed – and thus, created – by adults. Therefore, it is one for which the adults – we — are responsible. Consistent with what I write in At What Cost? Defending Adolescent Development in Competitive Schools, the world of teenagers – the culture we have created – is fiercely competitive. It is a world in which privileges frequently amass for the few and in which inequality, unfairness, and too often, injustices ensue for many others.

This often-toxic culture that we adults have schemed for ourselves is the context in which our kids have been developing. After all, it is their world, too, and they grow into it for better or worse.

Further, as we have seen, the effects of this culture often endure even when the culture itself changes. So, in 2018, while this “culture” no longer fosters the kinds of behavior that it did in the early 1980s (this does NOT mean that bad stuff doesn’t still happen); the effects of that culture then and its impact on its then-developing teenagers, is obviously still with us. The characters in this drama, after all, are now in their fifties.

As those familiar with my work know, the unmistakable focus of my recent book, At What Cost? is on how the high-pressured and ultra-competitive conditions that characterize millions of teenagers’ high school experiences now have the potential of harming those teens not only now, but for many years in the future. For example, we now know that the high-pressured and competitive conditions of today often lead to adolescents’ experiences of intense anxiety and overwhelming depression, conditions that frequently manifest as substance abuse, eating, and self-injury disorders, all of which can last for many years into adulthood.

Most of us can likely identify adults in our families and/or communities today whose alcohol problems, eating disorders, and/or chronic anxiety and depression conditions began when they were teenagers.

What does this mean for us now?

The more that today’s adolescents act out their powerful, unedited, and impulsive feelings in self-destructive and/or aggressive – including sexually aggressive – ways, the more we, the adults who parent and educate them – must consider the “cultures WE have created.”

Sadly, in this national fiasco between Christine Blasey Ford and Brett Kavanaugh, we have had a tendency to cast blame on these middle-aged adults, solely, as if the environments in which they were reared and educated – the educational and social contexts of their adolescent lives – did not also play a role in how this all may have come to be.

Thanks to discoveries of neuroimaging, we now know that environment shapes the brain.

From that standpoint, it is absolutely impossible for anyone, in any setting or environment, to undergo typical brain development separated or detached from the very physical and psychological contexts of their everyday lives.

Of course, Christine Blasey Ford and Brett Kavanaugh – as teenagers – were implicated in the contexts in which they were raised.

What this means for us today is that these physical and psychological contexts—the cultures we are creating now—influence kids not only now but into the future, because our adolescents are developing their very “selves” within them. Our adolescents are vulnerable to the cultures we have created – are still creating – within which they are developing. WE are responsible for that happening.

In my many years of clinical work, I have focused on empathizing with adolescents – and when necessary, on trying to defend them. I know enough about their still-developing brains to understand that their age-related vulnerability renders them susceptible to – and at times, defenseless against – their own powerful and unedited emotions. Further, I know that their oft-times associated, impulsive behavior – is behavior in which they simply wouldn’t engage if their brains (specifically, their prefrontal cortices) were more fully developed.

Brain development happens regardless of the particular cultures within which our adolescents develop. What we, adults, are nevertheless responsible for is ensuring that these vulnerabilities are not intensified, that they are not exacerbated, by our own adult choices, fears, excuses, and unexamined assumptions.