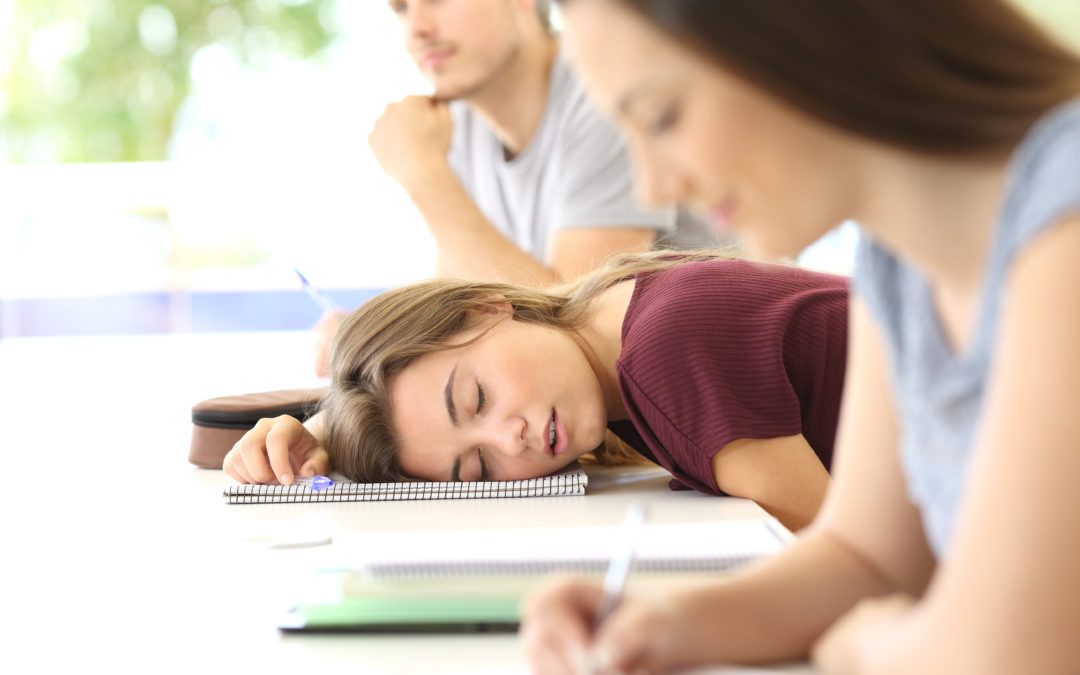 Are We Bold Enough to Make the Changes Needed to Help Sleep-Deprived Students?

As millions of teenagers return to school after what hopefully has been a restful and restorative summer, an increasingly emphatic question is gathering strength: What time should the school day start?

Over the past few years, more school districts, as well as independent and international schools, have experimented with later start times in their deliberate efforts to “fall in line with research that looks at the biological clock of adolescents.” The results have been significant.

Business Insider author, Chris Weller, for example, describes how, at the Solebury School in New Hope, Pennsylvania, after last year’s decision to move the start time from 8:00 to 8:30 four days per week, and from 8:00 to 9:00 on one day per week, “students are less stressed and performing just as well, if not better, in their classes.”

Reinforcing these findings, superintendent of Dobbs Ferry School District, Dr. Lisa Brady, is also an advocate of later school start times. While she recognizes that delayed start times are growing in popularity, they are still rare. As Dr. Brady noted and as I emphasized in my book, At What Cost? “It has to do with a lack of empathy for pre-teens and teens. I get that years ago, we all walked a hundred miles in the snow to school, but we know better now about the adolescent brain, and we know about their natural sleep rhythms.”

Around puberty, a young adolescent’s biological clock alters, a change driven, in part, by a shift in the release of the sleep-regulating hormone, melatonin. As a result, when they become sleepy and feel most wakeful changes. Teenagers’ bodies begin releasing melatonin later in the evening, around 11:00 p.m., a full two hours later than adults and younger children. Troxel notes, “Waking a teenager up at 6:00 a.m. [to go to school] is the biological equivalent of waking an adult up at 4:00 a.m.”

Wouldn’t we adults strongly resist being expected to wake up every day at 4:00 a.m. to begin our work days?

The truth is that chronic sleep deprivation – in adolescents and adults alike – manifests in a variety of unhealthy and dangerous ways: chronic anxiety; attention problems that mimic ADHD; car accidents and associated deaths; and too often, depression and suicide.

As I detail in At What Cost?  and Dr. Troxel explains in her TED Talk,

“Advocates of sleep-friendly start times know that adolescence is period of dramatic brain development, particularly in the parts of the brain that are responsible for those higher-order thinking processes, including reasoning, problem solving and good judgement. When teenagers don’t get the sleep they need, their brains, their bodies and their behaviors suffer with both immediate and lasting effects.”

Alarmingly, in one study cited by Dr. Troxel with over 30,000 high school students, for each hour of lost sleep, there was a 38% increase in students’ feeling sad or hopeless, and a 58% increase in teen suicide attempts.

Adding another incentive to this school-start-time debate are the results of an exhaustive new study by the RAND Corporation and RAND Europe that examined the costs and benefits of proposed later school start times. That study found that 8:30 a.m. start times could add as much as $83 billion to the US economy over the next ten years. Marco Hafner, lead author of this study said in an interview “The increase in high school graduation rates and decrease in health concerns, such as rates of obesity and car crashes due to sleeplessness should more than make up for the hassles of putting the policy in place.”

At numerous schools and conferences in recent months, I have spoken of the many ways we can begin making “developmentally empathic” changes to reflect our increased understanding of the developing adolescent brain, particularly in light of how uniformly schools acknowledge that they overschedule, overwork, and may even overwhelm the adolescents for whom they are responsible.

In my book and in my presentations, I do not, and cannot, prescribe specific changes that all schools should make, as I know and respect the ways in which all schools differ, as each one has certain features, policies and traditions that make it unique. It is for these reasons that schools need to consider which “developmentally empathic” changes they need to make in light of their own cultures and historical practices.

Nonetheless, at every forum at which I speak, unfailingly, at least one teacher, administrator, or parent has asked: “I know you can’t tell us what specific changes we need to make, but is there a single, most important change that all schools should be making in order to be ‘developmentally empathic?’” To this inevitable question, my response has been the same: “While I will gladly tell you what I think is the most important change to make, tell me, first, what you think I am going to recommend.” And again, unfailingly, these individuals – teachers, administrators, and parents alike – say “Later school start times?” To which I respond with a resounding “yes!”

In my experience, these intelligent, perceptive, and empathic adults know that changing school start times to 8:30 or later is indeed one of the most “developmentally empathic” changes they can make.

Unfortunately, many of these same adults get bogged down by competing arguments about the logistical challenges of reorganizing bus schedules; about needing to alter the practice and game times of after-school sports; or about arranging for appropriate child care before or after school. These are, indeed, legitimate concerns. However, these are “adaptive challenges” we can work through, and as Dr. Troxel declares, “These problems are NOT valid excuses for failing to do the right thing for our children … which is to start middle and high schools no earlier than 8:30 a.m.”

Are we ready to resolve this years-long debate and ensure that all middle and high schools would be starting at 8:30 or later? What do you think? I welcome your comments and questions.