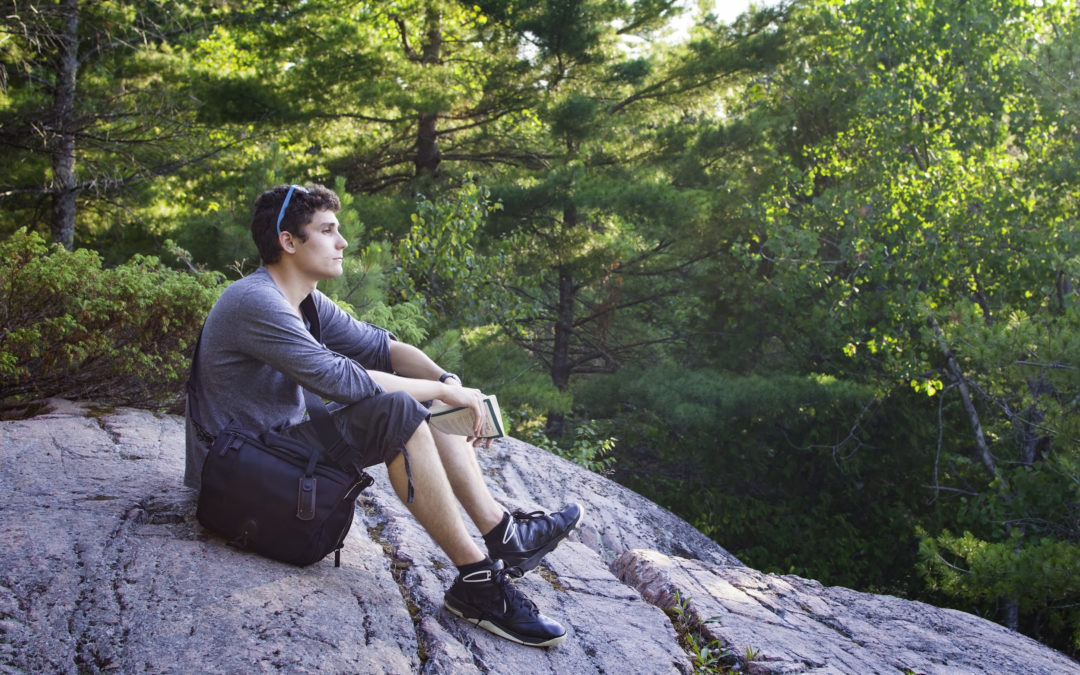 Due in large part to the ultra-competitive culture that has characterized the current generation of students since preschool, many students are extremely overscheduled, and consequently, feel stressed and pressured to succeed in everything. As a result, they often experience intense feelings of anxiety, frustration, helplessness, and depression.

One of my adolescent clients, Spencer, a recent high school graduate, articulated what caused her the most stress during high school:

“It wasn’t just one thing, it was always about four or five things that were happening all at once! …On the same day that I would have a big math test, I’d also have a history paper due, a presentation to give in English class, and then an away track meet that would take all afternoon and into the evening. …Then I would get home to do a ton of homework that would be due for the very next day. This kind of schedule basically defined my entire high school experience.”

In my clinical practice working with adolescent clients for more than 25 years, I have observed that Spencer’s experience has become more the rule than the exception.

Over the past decade, I have treated so many adolescents who have been chronically sleep-deprived and anxious, teens whose persistent anxiety has led to associated behavioral troubles, including substance abuse, eating disorders, cutting, self-injury, and too frequently, suicide.

In my book, At What Cost? Defending Adolescent Development in Fiercely Competitive Schools, http://bit.ly/2EryYOf  I detail several key developmental and neurobiological reasons why overscheduling children and adolescents can be so detrimental, if not utterly dangerous. Since my book was published in 2017, I have learned of yet another neurobiological reason why overscheduling students isn’t just detrimental to their still-developing status, but also can interfere with their maturing social-emotional and executive control capacities — both fundamental necessities for all students’ current and long-term health and development.

Specifically, I have learned that within the ever-expanding body of compelling neuroscience research, “one major advance shows how the brain’s Default Mode Network supports social-emotional feelings and broader thought patterns associated with self-processing, identity, meaning-making, and future-oriented thought.” [1]

In an earlier blog post, “Does More ‘Free Time’ Mean More ‘Screen Time’ for our Students,” http://bit.ly/2NjGNL7  I advocated that we — parents, teachers, and administrators — offer students more “free time” as a way to help them compensate for their frenetic daily schedules. I emphasized that, in order to prevent students from simply engrossing themselves in their cell phones, we also need to be more explicit about how they can use this free time in ways that promote health and well-being.

The discovery of the brain’s Default Mode Network provides additional and incontrovertible neurobiological evidence for why students need to have more unstructured time — it is as basic a human developmental need as getting enough sleep, exercising regularly, and eating a balanced diet.

Key Brain Network is Most Active When We’re Not Engaged

Among the many interrelating networks within the brain, “the most metabolically expensive core brain areas are organized into a grand network whose activity and connectivity are broadly associated with neural and mental health, intelligence and memory skills. This grand brain network, called the Default Mode Network (DMN), engages regions not only in the brain’s core but also in key lateral parietal areas.” [2]

Perhaps most importantly, “The DMN was named for the fact that its component brain regions become highly active and functionally connected only when people daydream or wakefully rest in the fMRI scanner, compared with when they perform demanding cognitive tasks.” [3]

As researchers have queried, “How could the brain’s most metabolically expensive regions be more active when people are resting?” [4]

After about 15 years of research, “scientists now broadly accept that these coordinated DMN activations are critical for psychological functioning, especially for mind states that move the thinker out of the physical, visible, actionable specifics of the here-and-now. The Default Mode Network is heavily recruited during all sorts of tasks that involve internally directed, interpretive, and reflective thought, for example, when remembering past experiences, imagining hypothetical or future scenarios, or deliberating on inferred, abstract, or morally relevant information.” [5]

Research has “unequivocally shown the DMN is not equally active all the time. Instead, the DMN seems to trade off with brain networks that support outward attention, physical action and instrumental task orientation.” [6]

Further, “The DMN will be relatively quiet and inactive when people engage in mental activities with short-term, context-specific goals, such as solving math problems, listening to a teacher’s instructions, playing sports or action video games, or checking their cell phones. These tasks deactivate the Default Mode Network because they require outward perceptual attention.”[7]

Therefore, “The neural networks responsible for maintaining and focusing attention into the environment and engaging in finite, task directed, and physical activity toggle with the default mode network.

These two modes of attention – inward reflection supported by the default mode network, and outward attention, perception, and action – do NOT normally co-activate. This means that it is not neurologically possible to simultaneously devote full attention to completing one’s current tasks while also reflecting on the broader meaning of these tasks now and into the future.” [8]

Those of us dedicated to educational practice and policy today must then ask:  “How could going back to school … and thereby, losing long periods of free or unstructured time ….be considered a major loss for many students?”

Essentially, since the brain’s Default Mode Network is only activated during periods of free and unstructured time, in the currently overscheduled and frenzied environment within fiercely competitive schools, “relentlessly demanding students to focus in the here-and-now on completing the [multitude of] concrete tasks assigned to them could undermine students social-emotional meaning making, identity development, conceptual understanding, and ultimately, their long-term academic success.” [9]

The logical conclusion, according to Mary Helen Immordino-Yang and many other neuroscience researchers, is that “consistent with common sense and a focus of current research, is that educational environments that overly focus on task orientation and quantitative measures of success such as test scores and grades may sometimes increase achievement and productivity in the short-term by focusing teachers on what works now and [by focusing] learners on completing concrete tasks for near-term rewards. But, overly strong task/testing orientation may inadvertently undermine genuine meaning making, critical thinking, creativity, and well-being over time, leading students to lose (or never to build) intrinsic motivation, resilience, and personal connection to [their] academics and scholastic achievement.” [10]

In her concluding remarks to this important article, Immordino-Yang states, “In sum, corroborating classic education research on how people learn, new evidence on brain functioning suggests that many of the mainstream educational practices meant to increase productivity and accountability may be incompatible with how the brain works and how people think, and could inadvertently undermine student achievement and life success. The evidence backs up what last century’s wise teachers could have told you: Young people need downtime, reflection time, and strong social relationships to learn optimally. [11]

To be sure, “Schools are designed to teach specific procedures and semantic content. But pushing students’ hard work in the moment … without supporting the broader psychological and neurological landscape of the developing person … is misguided, because it fails to help students more adaptively interpret their educational experiences in terms of their own identity development and possible futures.”[12]

We — the adults who to one degree or another, are complicit in adding stress to young people’s lives — need ourselves to reflect on these findings.